Establish cooperation with the Embassy of Indonesia 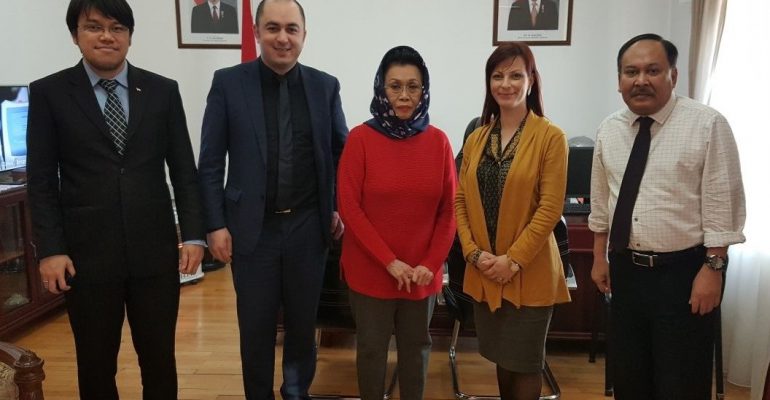 The aim of the DKR & FITT is the introduction and development of technological innovation as important changes in BiH. By changing, we are thinking of all people in BiH who want to give the opportunity to strengthen their personal skills through our education and to familiarize businesspeople with the effectiveness of introducing automation and robotization to create conditions for new occupations and employment the ultimate result and survival of working-active population in Bosnia and Herzegovina.

The active contribution of the DKR & FITT to the creation of a positive environment in BiH has also been recognized by the delegation of the Republic of Indonesia. In February 2018, representatives of those two organization visited the Embassy of Indonesia for development and networking. Her Excellency Ambassador of the Republic of Indonesia Amelia Achmad Yani couldn´t hide her enthusiasm about the existence of the German Robot Center and during the conversation she gave the words of support, praise and the possibility of realizing future joint projects.

There are many business ideas in Bosnia and Herzegovina that can`t be realized due to lack of capital dispersion. Given the current situation in BiH, the Embassy of Indonesia has recognized the potential of DKR as an instrument for the development of new innovation and new business models.